Mark received his BA from Williams college with a double major in Biology and Psychology.  He then taught for 2 years in a private high school and then received a MA in Counseling from Michigan State.  Mark has been involved in mental health treatment for over 40 years.  He has lived in NM for the last 35 years and been involved in many educational initiatives to improve the education of NM youth.  Mark’s primary intervention when working with clients is experiential and wilderness therapy.  He has built and facilitated several challenge programs ropes courses for APS, and initiated the first Experiential Training program for APS.  Mark has a variety of other professional interests and experiences including a Leader Mentor, professor, teacher/coach, Mental Game Coach, executive director of a not for profit organization, as well as many other community involvements ranging from business and industry and mental health work to alternative medical treatment.  He is excited to be a part of RFK’s mission and to be involved in a more effective educational program.

Mr. Lawrence Barela is a native New Mexican from Albuquerque’s south valley.  Upon graduation from Rio Grande high school he went on to the the University of New Mexico and earned a BS in mechanical engineering and an MS in environmental engineering.  He has worked for the Department of Energy for over “three decades” and currently manages a technical disposal program with an annual budget of $56M across seven states.  In his free time he enjoys walking for one hour a day, fly fishing, and snow skiing.

Trey Hammond retired as the pastor of the La Mesa Presbyterian Church, Albuquerque, New Mexico, in 2021 after serving for 21 years. He previously served for three years as the Coordinator for the Urban Ministry Office on the national staff of the General Assembly of the PC(USA). He currently serves as Parish Associate at Immanuel Presbyterian Church in Nb Hill.
Locally, Trey has served as a Co-chair of Albuquerque Interfaith for 19 years. He was the founding president of the Albuquerque Opportunity Center, a shelter program for men that opened in 2005, which is now Heading Home.
He currently serves of the boards of Centro Savila, East Central Ministries (Board President), the University of New Mexico Hospital Board of Trustees, where he chairs the Quality and Safety Committee.

Michele is a Marriage and Family Therapist who specializes in working with families who are raising youth that have experienced early childhood trauma. Michele is the Founder and CEO of Attachment Healing Center, an outpatient mental health clinic headquartered in Albuquerque. Michele has her Bachelor’s degree from Wesleyan University, with a major in Psychology. After a twenty-year career as a Business Manager in the Aerospace Industry she went back to school to pursue a Master’s Degree in Child and Human Development in order to become a Marriage and Family Therapist. Michele has served as a family therapist working with youth in the foster care system as well as in residential treatment. Through her agency Michele and her team have served youth and families in the Albuquerque Public School System for fifteen years. Michele is thrilled to be a part of the RFK Governance Council as she learns all that is needed to open her own elementary school serving youth with trauma in their backgrounds.

If you would like to email all the RFKCS Council:
GCmembers@rfkcharter.net 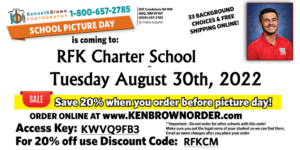 UNDERCLASS: Student ID and yearbook photos will be taken at RFK Charter School on 08-30-22. Photos are prepaid. To order visit www.kenbrownorder.com and enter school access code: KWVQ9FB3. There is 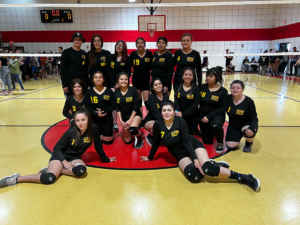 Proud of these girls!!! League Runner-up!

Proud of these girls!!! League Runner-up! 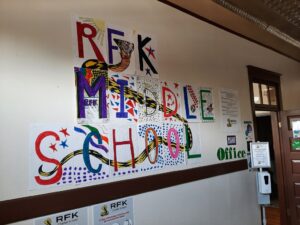 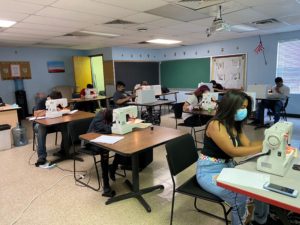 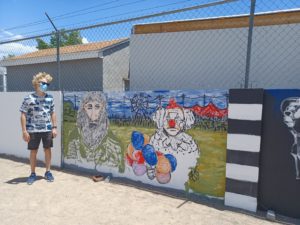 Visitors and employees that need to meet with someone in the front office will need to visit during published visitor hours or schedule an appointment.